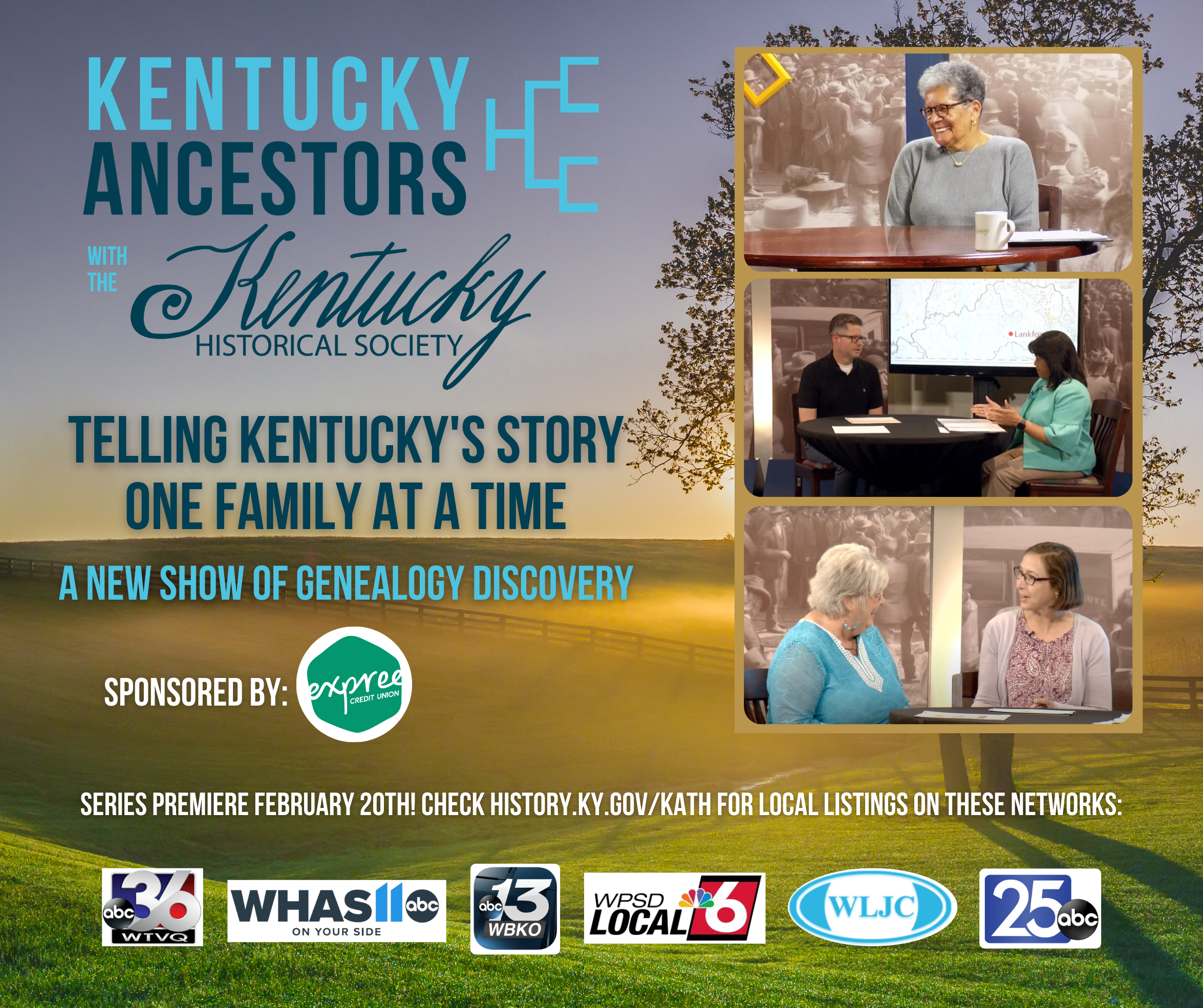 It’s finally here! After years of filming our Kentucky Ancestors Town Hall events, several of the episodes are ready for their prime time debut!

Every family has at least one mystery—an intriguing person, a possible connection to someone famous or maybe even someone infamous. The Kentucky Historical Society (KHS) is excited to launch a new show set to premiere on Kentucky’s major television markets. Kentucky Ancestors Town Hall will run each month from February to June and features host Renee Shaw. KHS created the series as another way to tell Kentucky’s story, one family at a time.

A program centered on genealogy discovery, Kentucky Ancestors Town Hall digs into the roots of Kentucky’s family tree to answer big questions that have eluded families for generations. By making connections between family folklore and the existing historical record, the KHS team investigates a series of mysteries rooted in Kentucky genealogy and reveals the findings in a live presentation. From the Civil War and abolition to serial killers and medical malpractice, Shaw reveals the results of the KHS research team with each family, often with a few surprises along the way. “By delving into these compelling family histories and then sharing our findings, we hope to inspire others to trace their roots,” said Cheri Daniels, Head of Library and Archives at KHS. “These cases offer invaluable teaching moments that give people new tips and techniques for solving their own family mysteries. They also tell some of Kentucky’s most rich and fascinating stories, and those moments can be really exciting and sometimes very emotional.”

For this season’s episodes, look for special appearances by J. Mark Lowe, Dr. Alicetyne Turley, Dr. Patrick Lewis, Robert Bell, Dr. Jamie Day, and Dr. Stephen McBride. If you would like your family mystery to be featured on a future episode, you can submit your family mystery from this page: Kentucky Ancestors Town Hall

The five-episode season air dates/times are listed below (For those outside of Kentucky, the episodes will be available via our YouTube channel approximately 2 weeks after the initial air dates): 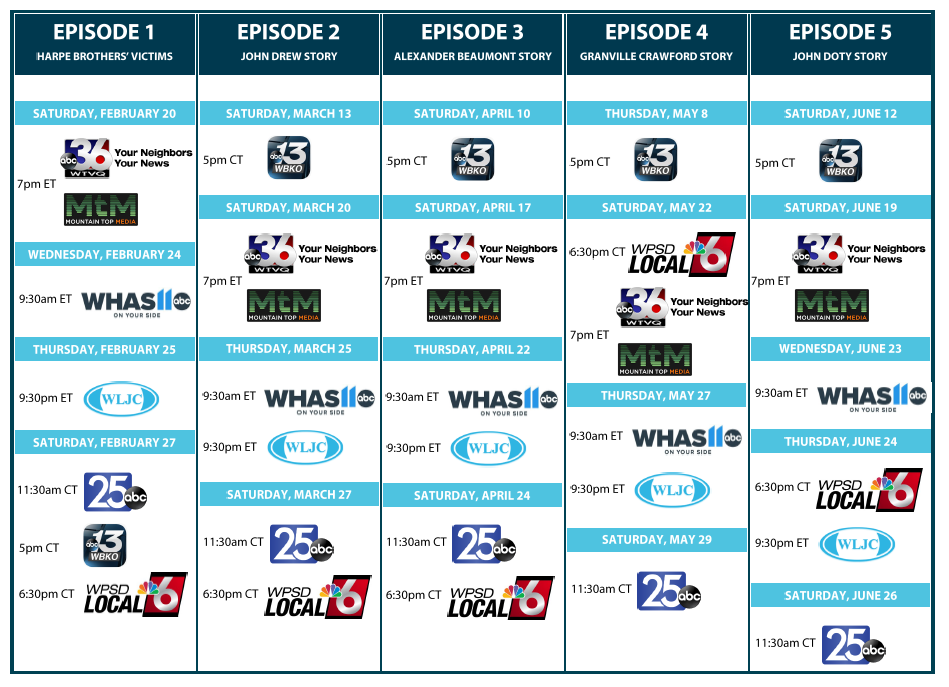