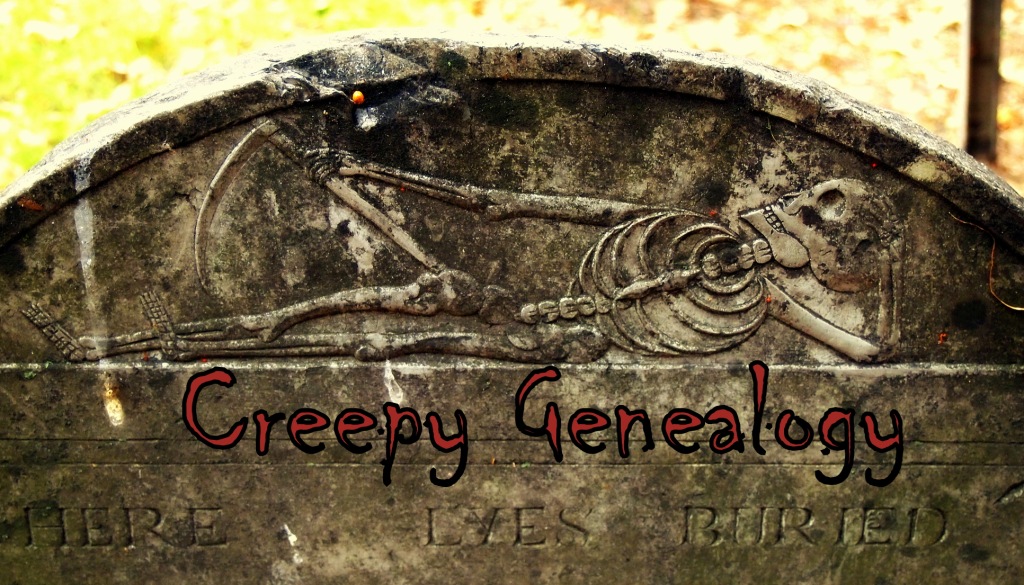 Genealogists are usually very cognizant of those odd moments, when we discover something during our research that sends a tiny little shiver down the spine…..or gives us goose bumps…..or makes us pass by it quickly because it’s just plain creepy. History is full of genuine horror stories and unexplained phenomenon, and although I have never encountered the paranormal during my two decades worth of research, I have had my fair share of creepy encounters. Let’s explore a few examples of “creepy genealogy”…..after all, ’tis the season to share our spooky family stories….or put the family skeletons in the front room window!

Let’s talk about our fascination with the dead. After all, as genealogists, we frequently play among the dead, especially when conducting research in cemeteries. I have always enjoyed roaming through cemeteries, even when there was no research at hand. The peaceful artistry that surrounds visitors represents a celebration of life and remembrance. But….then again….the death aspect can quickly sneak up behind you to blow an icy shiver down your spine. 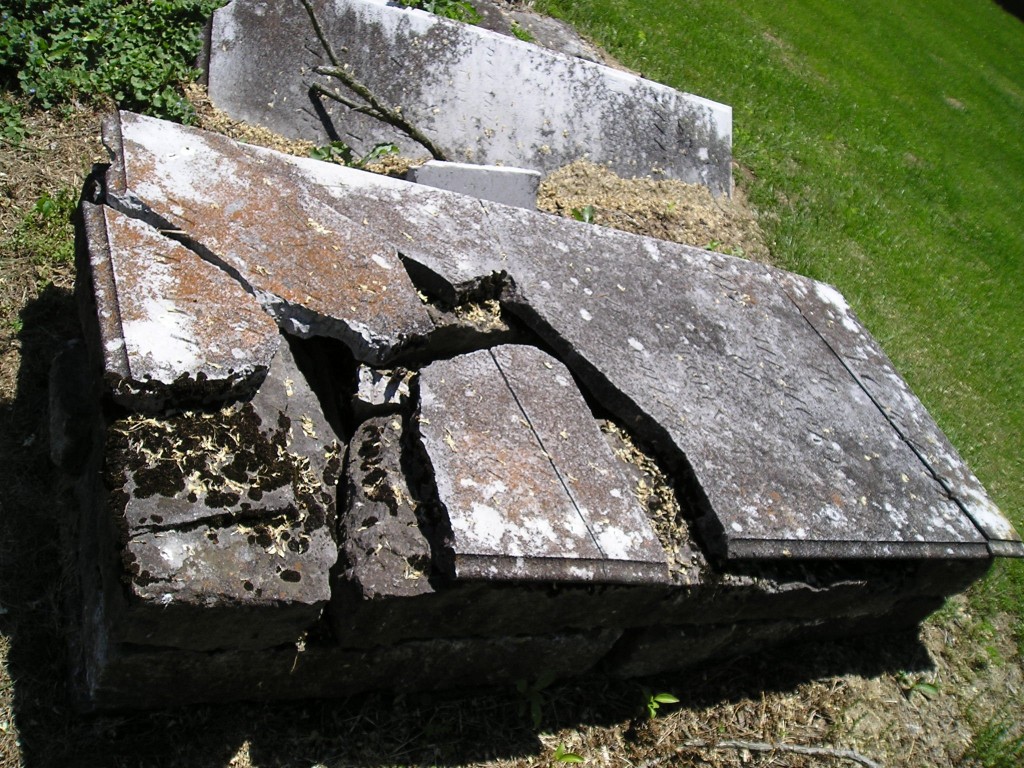 The above-ground, crumbling, and almost able to see inside, grave – serious zombie vibe! 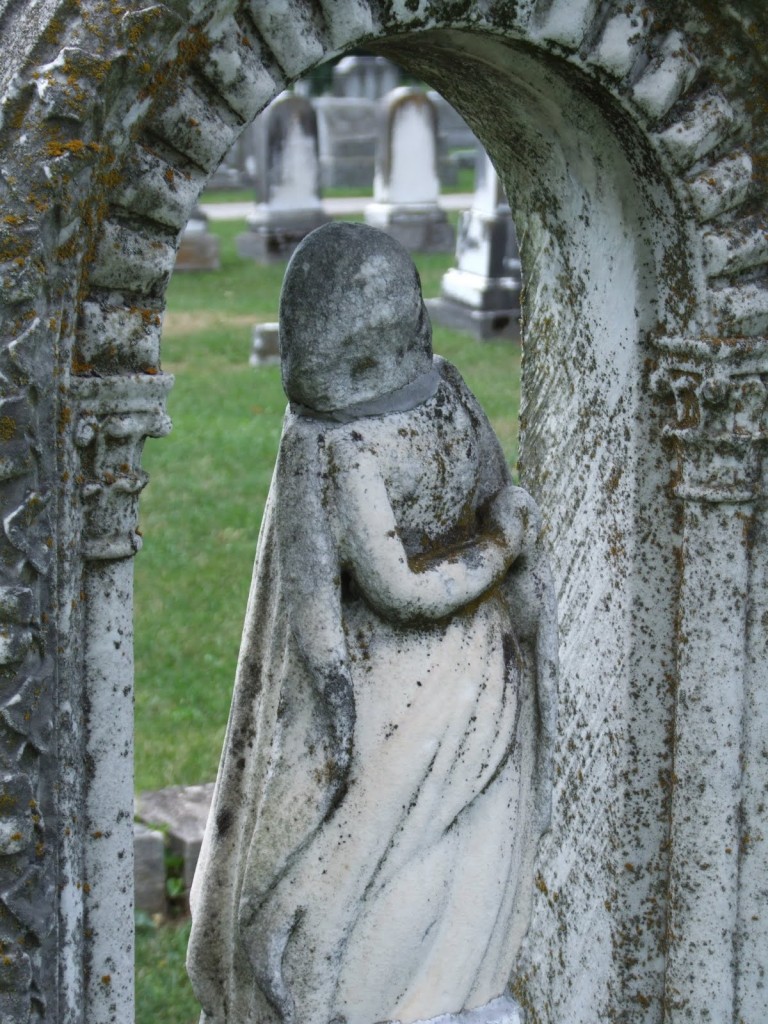 The worn-away figure on a headstone. I’m sure it was beautiful once, but like the grave resident below, turning to dust as time marches on!

Runner-up: Portrait stones – the ones with a portrait of the person when alive – sometimes beautiful, and sometimes creepy depending on the photo chosen!

As the 19th century fascination with death and mourning took a cultural hold, the natural products of framed or wearable memorial items can still be found among our family heirlooms. While many of you have seen wreaths made out of hair, have you seen hair jewelry? Here is a recent acquisition to KHS – earrings from the mid-19th century – passed down over several generations! 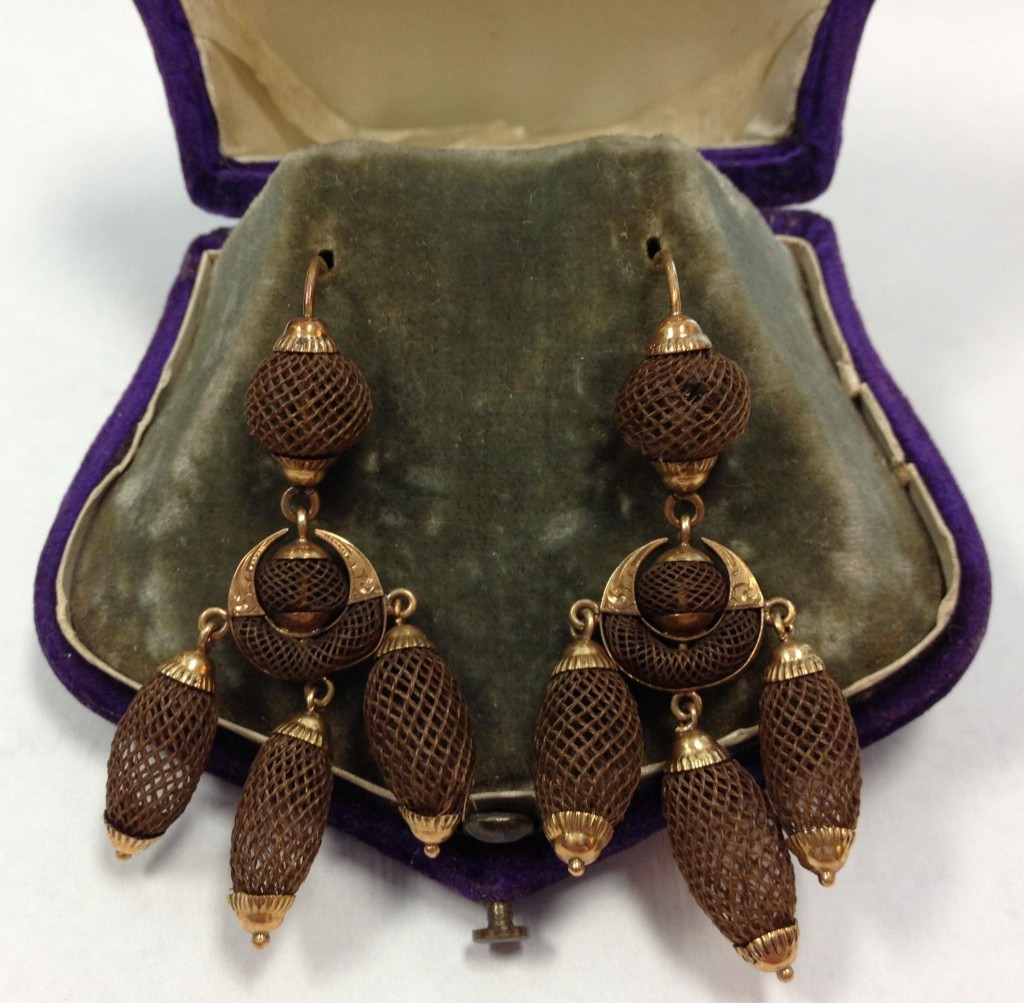 Hair earrings from the Browning family of Jefferson County, ca.1860

This one hearkens back to the cemetery creepy, but for a whole different reason! In many states, the medical colleges of the 19th century required fresh cadavers for dissection, as they do today. However, unlike today, this dissection was not looked upon very favorably, and was illegal except in the cases of executed criminals or unclaimed/vagrant bodies. To fill the growing need for bodies in the late 19th century, many schools employed the services of “Resurrectionists” or grave robbers. While we know this practice was well documented in the Northern Kentucky/Cincinnati areas, how prevalent was it in the rest of the state? I cannot say for certain, but Kentucky did have its fair share of medical colleges during this time. While it is fun to speculate, I have run across one account of a family connection to this practice. According to a letter written by a cousin in the 1940s, family tradition tells us about a witness who observed someone leaving our family cemetery with a large wrapped item draped over the horse – which could have been my 3rd great-grandfather who died in 1857. The passage, found in the E.E. Barton Papers of Northern Kentucky, reads:

“My Mother never did think that her grandfather rested in his grave, for just in a night or two at 12 o’clock, a man left that grave with something wrapped in white lying across his horse in front of him. The man was a truthful man, and is a brother-in-law of my father, Newton Humble was the man. [Speaking of the witness]. We always thought that it was old Dr. Thomas, and that he probably took the body to Cincinnati and the medical college to find out what was the cause of his death.” Pearl Allender concerning the death of her great-grandfather Samuel Cox.

Ironically, even though this practice was well known by locals, it turns out old Newton Humble might have been a bit under the influence late that night – why do we suspect Newton’s unreliable testimony? In 2013, the bodies were relocated, and all ancestors were present and accounted for!

Spooky photography – you know the ones, where the eyes are a little too spooky, or the head has been cut out? And don’t forget the images of the dead – not only those in coffins, but those dead individuals who were posed to appear as they were when alive! For a shiver to enhance your Halloween, search the web for “memento mori photography” to see more images of the dead dressed up for formal portraits. 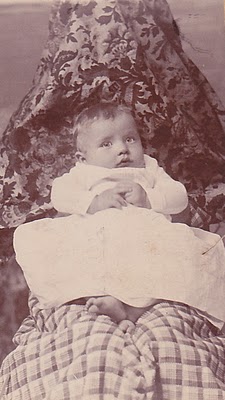 Serendipity, coincidence, or just plain spooky? – With the many years of research under our belts, I can imagine most of us have had those weird moments when something very coincidental occurred to send us to the right spot – either the next step in our research, or the correct grave in a very large cemetery. Apparently, many others have encountered this spooky nature of genealogy research. For your reading pleasure, be sure to check out these titles right here in the KHS library:

Got any creepy stories or encounters to share? Tell us more! 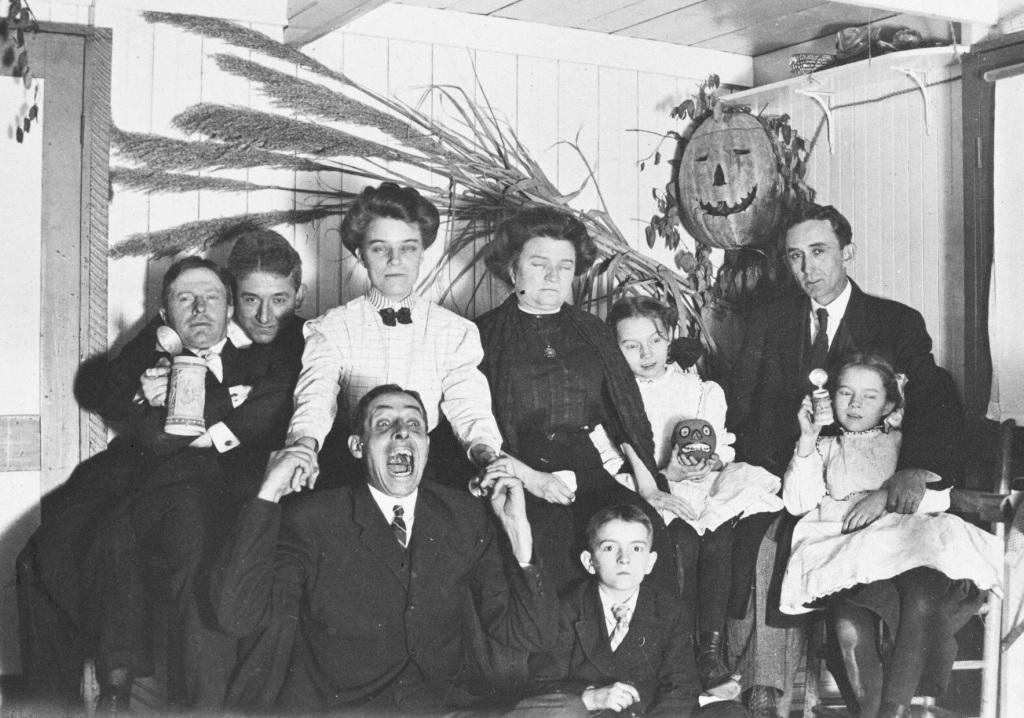 About the Author: Cheri Daniels is the Head of Reference Services for the Martin F. Schmidt Research Library and Editor of Kentucky Ancestors Online at the Kentucky Historical Society. She is also a contributing author to the recently published book, Genealogy and the Librarian (McFarland Publishers, 2018). B.A. in History and an M.S. in Library Science, both from the University of Kentucky. For over 25 years she has worked in various types of libraries, including 11 years at the University of Kentucky, and pursued her genealogical passion through her own research along the way. Other roles include: KLA Genealogy/Local History Round Table Chair, DAR Member, PR Director for the Harrison County Heritage Council, blogger at Genealogy Literacy & Journeys Past, Co-founder/President of Pastology, LLC, and speaker on the regional/national stage (NGS Conference: 2012/2014/2019, NPR/WEKU: 2013, RootsTech Conference: 2014/2019, Mysteries at the Museum/Travel Channel: 2014, WTVQ Kentucky History Treasures: 2014, 2016)