Home How To Brick by Brick: Building Your Brick Wall

There has been a recent national trend among genealogy experts that discredits the concept of the “brick wall”. I have heard some experts loudly declare that there is no such thing as a brick wall, only poor or incomplete research. As a fellow researcher who has been delving into my family history for several decades, I say: Hogwash! In my opinion, the “brick wall” is very much a reality – much in the same way that writer’s block exists. In fact, I tend to think of the brick wall in a very similar light. 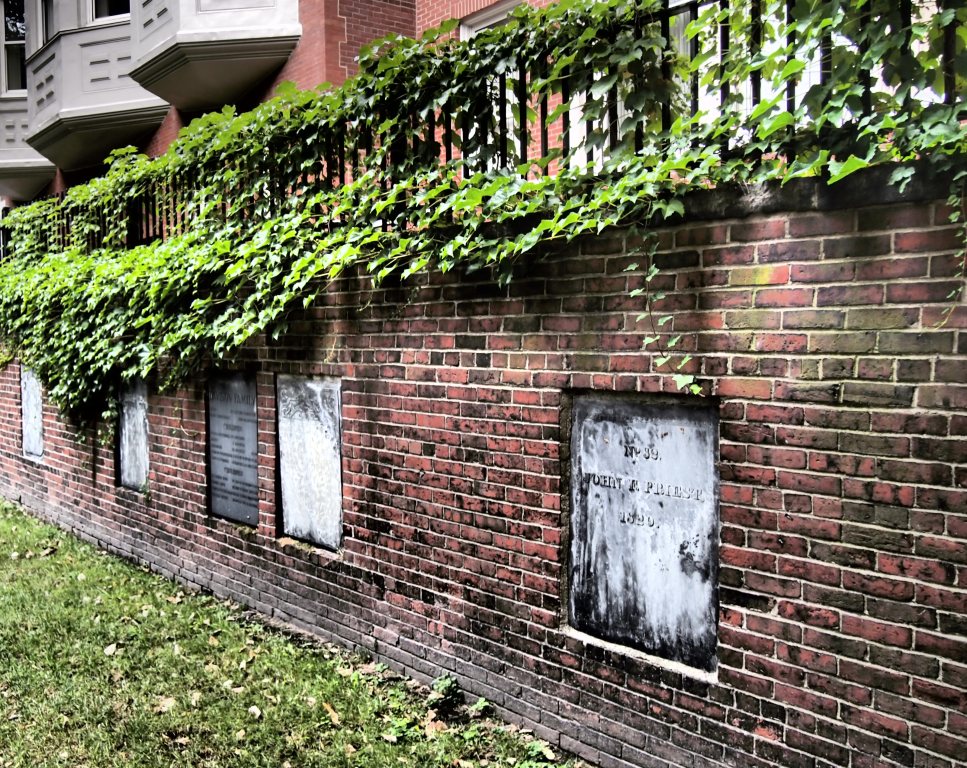 There are numerous reasons why we encounter, or create a brick wall. Yes, I said “create”, and I’ll explain more on that in a minute. One legitimate reason for encountering brick walls can be the location and availability of the records themselves. As we all know, Kentucky is a unique research field. Our courthouse fires, lack of record keeping and pioneer habits all contribute to a genealogy landscape that can quickly exasperate even the most seasoned researcher. For those in our field who discredit the existence of the brick wall, I say, come to Kentucky, conduct some in-depth research and then remind me again why brick walls do not exist! I have a feeling their tune would change rather quickly.

So, let’s get back to the creation of brick walls. I understand where some of the naysayers’ opinions are coming from. As a librarian, I have encountered many family historians who have managed to create their own brick walls. We can be our own worst enemy by closing our mind or not letting go of some family traditions. When we cannot locate our ancestor in a certain county record, we sometimes have a tendency to throw our hands up and declare that they cannot be found. We can be quick to blame that courthouse fire or lack of consistent record keeping, thereby allowing the mortar between the bricks to solidify.

While some brick walls legitimately appear due to a gap in records, here are some great examples of how we build our own brick walls…and how you can avoid these brick wall traps.

1. Family Traditions: Most of us grow up with stories from our family. They can be detailed stories or vague accounts just juicy enough to get us interested. Either way, we believe our relatives when they pass on these stories. After all, they wouldn’t knowingly lie to us, right? Hmmm, all I will say here is that humanity is complex. Our memories can be faulty at best, or simply skewed by generations of stories that are only partially correct. Do you remember playing that telephone game as a kid? We were all given one message and had to whisper it into the ear of our neighbor. By the time it had gotten around the circle, the end version was totally different than the original. We didn’t intentionally pass on faulty information, but human nature skewed the end result. Also, don’t forget, some family stories were looked upon as “something we don’t talk about”, so they were silenced completely, buried in half-truths, or censored to remove the awkward elements.

Tip: Always record your family stories in detail. Write them down as soon as you hear them, or conduct an oral history interview of your loved ones. Documenting their version of an event, even if it is a bit wrong, adds to your overall family story and how your traditions were passed down. However, treat each story as a collection of clues only – not a gospel truth! Your responsibility lies in looking at the clues objectively and then documenting what the record trail actually confirms. Taking a beloved family story and dissecting it to find the truth is not dishonoring your family, but rather paying tribute to them as you pass on documented stories to the next generation!

2. Concentrating Too Hard: This is where we get into writer’s block territory. Writer’s block mainly occurs when we focus intently on a deadline or the end result in such a manner that blocks our natural creativity. I am a firm believer that genealogy research must include an open and creative mind. Not creative in the traditional sense. After all, we are looking for documented proof of our lineage. But rather, creative in the way we approach our research. Sure, we all start by researching the traditional mainstays of genealogy: census, birth/death, marriage, etc. However, when we get to a point where it looks like we have a brick wall on our hands, we may have possibly just concentrated too hard on this particular line.

Tip: Ask for an extra set of eyes. Sometimes we look at the same pieces of information so many times in the hopes of seeing a new clue that we cannot see the research solution in front of us! I once helped a patron move past his brick wall simply by helping him trace the lines of a huge pedigree chart he had inherited and from which he had been working for many years. Once I began asking the obvious lineage questions, he suddenly realized that one line was skewed enough to block further research. He just needed an extra set of eyes to go over the research. So, when you run out of ideas and seem stalled, don’t let the bricks set. Get some outside help in the form of a genealogy buddy to review what you have and get advice on where to try next. Also, give yourself a needed break. If you truly get bogged down with one line, give it a bit of a rest. Put it aside for awhile and then come back to it fresh. Once you do come back, consider re-tracing your research to make sure it is primary source heavy – all the way from the beginning. Your refreshed mind and eyes might see something that had been hiding in plain site!

3. Refusing to consider the possibility of migration – even brief migration: If I present the worst case scenario, that the records you need were lost in that courthouse fire, or your ancestors are just not turning up, be open to the idea that at some point their timeline of history might have include a migration of some sort. When I think back to consider the various family units on my tree, it is rare when I find a family unit that did not move or temporarily move. Americans have had the ability to move where economic or cultural factors blew them, and sometimes those moves can provide a document that helps with the brick wall stalemate. Sometimes the move may not be the will of the ancestor, but rather the movement of county lines. When dealing with rural areas, it is always a smart idea to look through the records of surrounding counties. Sometimes your ancestor may not have actually moved there, but might have owned land in a neighboring county, thereby producing records. I always suggest to researchers in the library that they take this bull’s-eye research approach when dealing with Kentucky Counties. However, I once had a patron scoff at this advice because “they would never have had any reason to move, so why would I go look anywhere else?”

Tip: Don’t forget the peripheral family members! Mobility might have been more prevalent with the children or siblings of your targeted ancestor. For some fresh record material take a detour into their records and see if your ancestor is mentioned in any way – obituary, deed, will, etc. Some of the reasons a family member or unit might have moved briefly or permanently include: Economic motives (searching for jobs), medical care (seeking treatment or staying with a loved one during their elderly years), military service, land/property opportunities, moving to be near other family members or friends, religious preferences.

4. Forgetting to go with the ancestral flow! Don’t forget that we are family detectives, and even though we have some preconceived ideas going in, we should rely on the ancestor paper-trail to guide us – despite where that may lead. As I mentioned earlier, sometimes our discoveries can be unsettling or distasteful. However, all family histories include chapters that are not ideal or could be considered embarrassing. Personally, history is history, and as historians, we have a duty to pass on the truth….besides, I would much rather read a truthful, yet colorful family history, than a glorified boring one that has been censored to exclude the life mistakes that make us human!

Tip: Play detective with every aspect of your ancestors’ lives. Dig deeper into the actual lives of the ancestors by researching family photos, heirlooms and ephemera. Where was something produced? Why did they own it? What meaning did it hold? Pay particular attention to the communities and regions inhabited by your ancestors. Sometimes, when a record is missing, a deeper understanding of the surrounding community might turn up various treats such as Church, Civic, Business or School records. This approach usually takes a lot more time, but I guarantee that it can produce richer results in the long run!

Next time: Brick by Brick: Tips for Dismantling Your Brick Wall

About the Author: Cheri Daniels is the Head of Reference Services for the Martin F. Schmidt Research Library and Editor of Kentucky Ancestors Online at the Kentucky Historical Society. She holds a B.A. in History and an M.S. in Library Science, both from the University of Kentucky. For over 25 years she has worked in various types of libraries, including 11 years at the University of Kentucky, and pursued her genealogical passion through her own research along the way. Other roles include: KLA Genealogy/Local History Round Table Chair, DAR Member, PR Director for the Harrison County Heritage Council, blogger at Journeys Past, Co-founder/President of Pastology, LLC, and speaker on the regional/national stage (NGS Conference: 2012/2014, NPR/WEKU: 2013, RootsTech Conference: 2014, Mysteries at the Museum/Travel Channel: 2014, WTVQ Kentucky History Treasures: 2014, 2016)

free sample just need to keep in mind that the that nothing will alter.